Pimlico Plumbers and the ‘self employed’ worker

Employment status is clearly going to be this year’s hottest employment law issue. 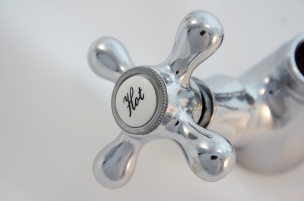 Just last week the Government published its Employment Status Review. It is dated December 2015 so it has been sitting on someone’s desk for over a year. That certainly isn’t because it is too radical. It reads like a dissertation written by a student struggling to get to grips with the decades of case law on the difference between employees, workers – and people who are neither. Its main conclusion is that ‘it’s all very complicated’ and it’s hard to disagree. However the Review does not go on to propose any change in the law. It ends with a ‘more work is needed’ conclusion which is the policy equivalent of ‘well it beats me’.

So Charlie Mullins, the owner of Pimlico Plumbers, is in good company when he says that ‘we can’t get our heads around this word ‘worker’ and what it means’. His comments come after the Court of Appeal upheld a Tribunal’s finding that a ‘self employed’ plumber that he engaged was a ‘worker’ and able to claim paid holiday under the Working Time Regulations 1998 and disability discrimination under the Equality Act 2010.

As with many unsuccessful parties, Mr Mullins’s first reaction is that he will appeal to the Supreme Court. But he won’t be allowed to. The case of Smith v Pimlico Plumbers is high profile – but not legally ground-breaking.  Mr Smith was not an employee, but he was a worker. It may seem odd to Mr Mullins that a ‘self employed’ plumber can qualify as a worker, but it’s a common enough finding in the world of employment law.

Ha! Shows what I know. The Supreme Court has now given permission to appeal. I’m genuinely surprised by this as I don’t see any point of law here; the case turns on its facts. Perhaps the Supreme Court is looking for an opportunity to ‘sort out’ worker status. If so, I suspect Mr muslin’s won’t like the eventual outcome, but we shall have to wait (for about a year) and see.]

The main reason that Mr Smith was held not to be an employee was that the employer was not obliged to offer him work on any particular day and he was not obliged to accept any particular job. More convincing, to my mind, was the fact that he was able to arrange his business affairs to his own advantage. He was responsible for obtaining materials and supplies himself and could charge his employer a mark-up on materials that he then used on a job. He also deducted business expenses for tax purposes – including for the use of one of the rooms in his house as an office and payments made to his wife to cover admin.

These factors certainly seem to put him outside the accepted definition of an employee. But there is nothing odd or contradictory about him still being classed as a ‘worker’. All that is needed is an obligation on him to perform work personally, with the caveat that the ’employer’ should not be the client or customer of a business that he was operating. After a detailed examination of the contract and associated documents the Tribunal held that he met that definition and the Court of Appeal has agreed. Legally there is nothing much to see here. This is just one more example to add to the many that have built up over the decades.

Mr Mullins has criticised Mr Smith for wanting to have his cake and eat it – to take the benefits of self-employment but also want the protection of employment law. That, to be frank, is a bit rich. If there is any ‘cake eating and having’ going on it is surely on the part of the employer. It engages plumbers to wear its livery and conform to its standards while providing services to its customers. Those plumbers must be available for work on a full-time basis and are required to ‘maintain a high standard of conduct and appearance’ at all times. They are also subject to the rules and policies set out in a company manual. In a number of respects, Pimlico Plumbers behaves as though it is an employer of plumbers. It is hardly in a position to complain if that carries through into some of the legal obligations that being an employer entails.

Frankly, I find the case law on employment status downright tedious and I would be delighted if we could just rethink the whole thing. We have a whole suite of employment laws – but have we thought properly about who should they protect? If we started from scratch would we really base our answer on issues like ‘control’ or ‘mutuality of obligation’? Why should the fact that a worker has the right to nominate a substitute mean that he or she does not qualify for paid holidays? Why should depending on more than one ’employer’ to make a living as a freelancer mean that you have no protection against discrimination? Why should the fact that someone chooses when and how they do their work mean that we can dispense with their services without behaving reasonably?

The Employment Status Review does not pose these questions. But I am more hopeful that the Review of Employment Practices in the Modern Economy being led by Matthew Taylor might. It would be good to see some really fresh thinking on the issue.

Perhaps we should not expect too much, however. It is difficult to see how you could redesign the system without expanding the scope of employment rights. Would the Government really be prepared to increase the burden on business in this way? My fear is that Matthew Taylor will come up with something radical and forward thinking and the Government will respond by saying ‘well it’s all very complicated’ and ‘more work is needed’.

2 Responses to Pimlico Plumbers and the ‘self employed’ worker